Kurdish Progress Briefing on SDF advances against IS 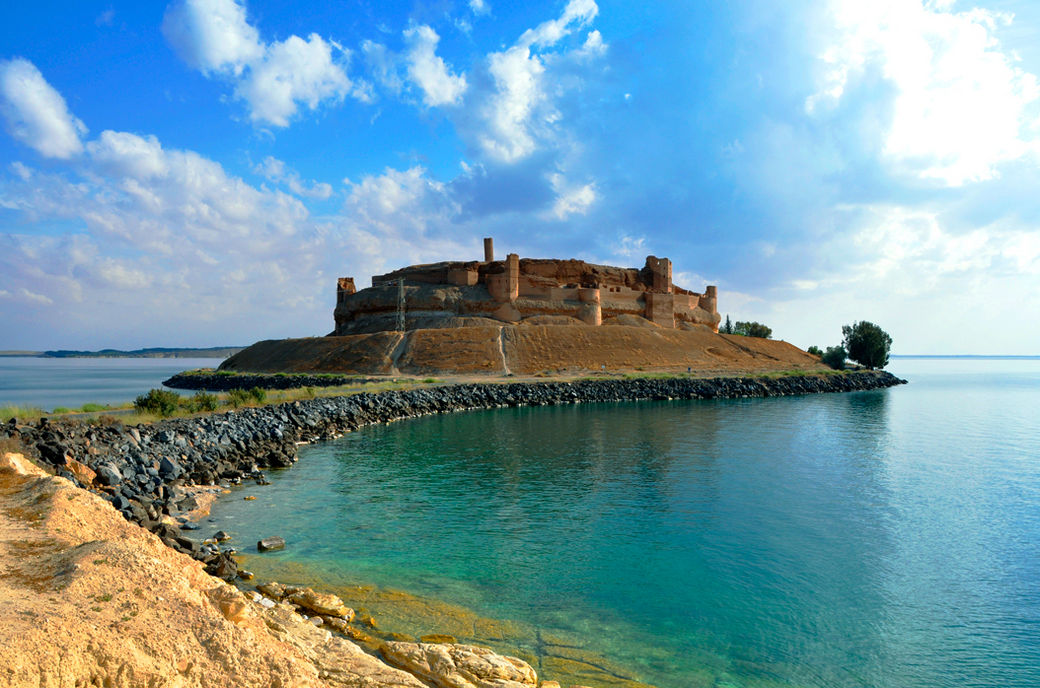 The SDF continues to advance against IS in Syria, moving closer to Raqqa, but are likely to lose out from Turkish-Russian cooperation

The Syrian Democratic Forces (SDF), of which the Kurdish People’s Protection Units (YPG) is the largest component, last week captured from Islamic State (IS) the historic castle of Jabar, near the strategic dam Of Taqba on the Euphrates and continued to advance southwards into IS territory. This brings the SDF ever closer to IS’ de facto capital of Raqqa and threatens IS’ dwindling supply lines. IS’ territory has shrunk considerably over the last year due to assaults by US-backed, mainly Kurdish militants. The latest operation, called the ‘Wrath of the Euphrates’, which began in November last year, is aimed at removing the group from large chunks of Syria and capturing Raqqa. The group’s last remaining supply line into Raqqa from the West, going round the south of Lake Assad on the Euphrates, already seriously compromised further north, is poised to fall completely. The SDF has also further advanced against IS in Eastern Syria, near the Iraqi border.

However, there are a number of factors that could serve to complicate the SDF’s advances. In exchange for every further move on IS territory, the SDF have bargained for ever greater support from the US. This has angered Ankara, which is fighting Kurdish groups at home and in Syria. The SDF now receive military training direct from US advisors. Turkey, a NATO member, entered Syria towards the end of last year largely to prevent Kurdish groups linking up separate areas under their control and establishing uninterrupted control of most of the Syria-Turkish border. Ankara had said that an advance by Kurdish forces west of the Euphrates would be its ‘red line’ in Syria.

Now that Turkish forces are poised to surround the strategic town of al-Bab, preventing this linking up of Kurdish territories, Ankara has suggested it will begin to push Kurdish forces out of other areas near the Turkish border. This may mean that the SDF will redeploy some of its forces away from the front line with IS to combat Turkish forces. The US had promised Turkey that the SDF would leave Manbij by the end of last year but are still present there. Turkey has now reached an agreement with Russia seemingly allowing it to operate freely within Syria to the North East of al-Bab and to use its air force. There have even been reports of Russia carrying out air strikes in support of Turkish forces. This will give Turkey a tactical edge in future clashes in Syria. This is likely to negatively impact the SDF. The US is also moving to support Turkey with air strikes against IS but would not conceivably strike SDF positions; this may help prevent Turkey from becoming bogged down in its current assault on al-Bab.

At the same time, IS has sought to relieve pressure from its front lines by launching attacks further on areas already lost. Early last year, SDF forces captured last parts of Hasakah governorate, near the Syrian-Iraqi border, from IS. IS last week launched a large scale attack on SDF positions in the town of al-Shahadi, captured last February. IS’ ability to infiltrate and disrupt will remain a challenge to SDF progress against the group.

Finally, another concern is that advances by Kurdish forces into majority Arab areas have in the past been met with alarm by Arab groups. This was one of the motivating factors behind the officialising of the polyethnic SDF group, which brought together Arab, Syriac and Kurdish forces, in an attempt to allay fears of Kurdish expansionism. For similar reasons, Kurdish forces have made a show in their advances on IS territory with majority Arab populations of involving Arab populations in decision-making processes. After the capture of Manbij, they claim to have handed over control to locals. Similarly, the SDF leadership says that while Kurdish forces within the SDF will surround Raqqa, only Arab militias will carry out the final assault on the city. This ethnic dimension adds a potential level of complication and will influence the level of local resistance.

For more analysis on Kurdish issues, please contact us at: event@kurdishprogress.org