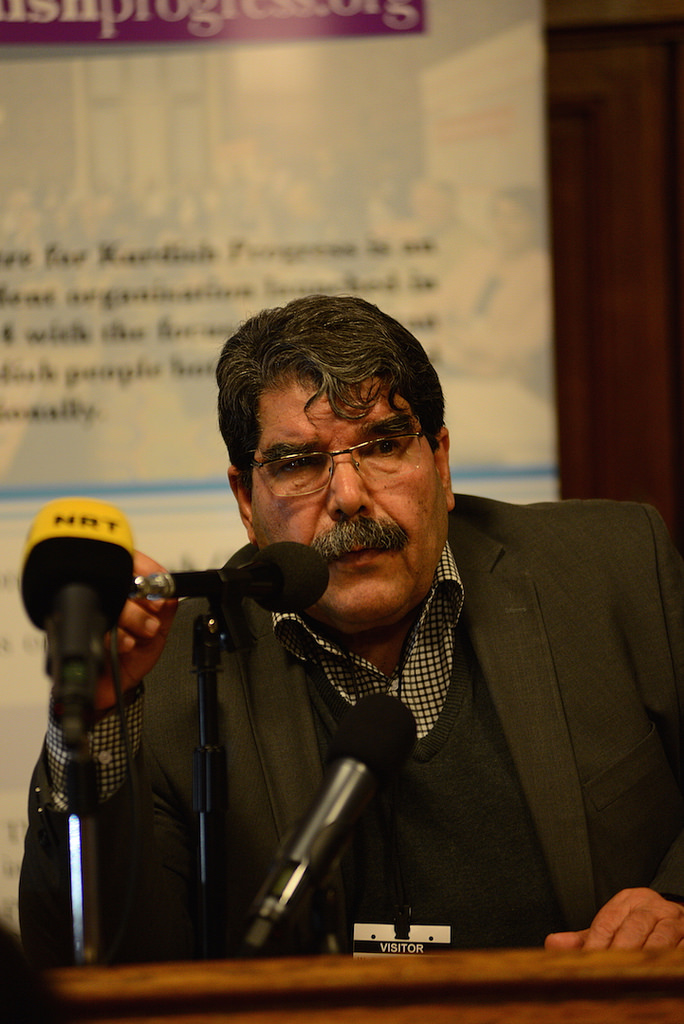 Mr Saleh Muslim is the co-president of the Syrian Kurdish Democratic Union Party (PYD) and the Deputy General Coordinator of the National Coordination Body for Democratic Change in Syria (NCB).

Mr Muslim’s political activities on behalf of the collective rights of Syria’s Kurdish community commenced while he was studying in Istanbul in the mid-1970s, when he was influenced by the ongoing Kurdish revolution in Iraq. The failure of that revolution deepened his commitment, and he carried on his own political activity for the Kurdish national cause. He went to Saudi Arabia in 1978 to work as a petroleum engineer with Petromin. He continued his political activities alongside his profession. He returned to Syria in 1995 to carry on his political work, and he, along with his family, was subject to proscription by the Baathist regime. He was one of the founders of the Kurdish Democratic Union Party in 2003. In 2007, his wife was arrested and detained for one year, and Mr Muslim fled political persecution in Syria to join the PYD academy near the Syrian border, in Gare in Kurdistan Region of Iraq. In April 2011, during the pro-democracy uprising, Mr Muslim returned to Syria. He played a principal part in forming the National Coordination Body for Democratic Change in June 2011 and became its Deputy General Coordinator. He became a member of the PYD’s executive council and in 2010 was elected as party head, and in June 2012 he was re-elected as co-president of the PYD along with co-president Ms. Asya Abdullah. Born in 1951 near the town of Ayn al-Arab (Kobani) in the Aleppo governorate, Mr Muslim graduated with a chemical engineering degree from Istanbul Technical University in 1977.