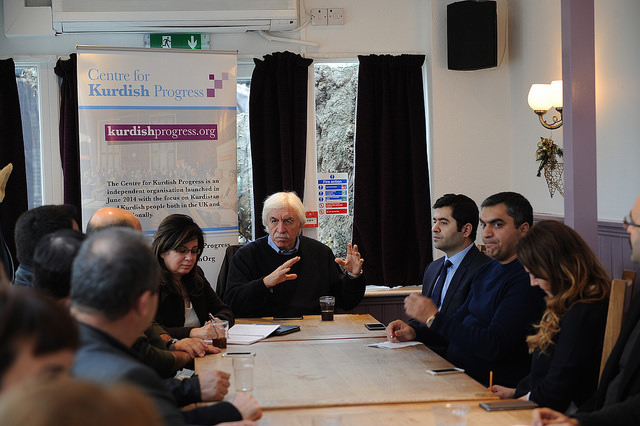 Mr Candar started his speech by stating that the developments in the Middle East, especially the Syrian conflict, concern not only the region but international politics. He argued that the involvement of the international actors into the regional system takes place through proxy wars where sectarian differences are highlighted. According to Mr Candar, the conflict between Shia countries like Iran or Sunni countries like Turkey and Saudi Arabia has created a new dimension for the Kurdish Issue.

With regards to the Islamic State (IS) and Turkey, Mr Candar stated that as a NATO member, Turkey has a responsibility to minimise the terror on its borders. However, considering that Turkey’s threat conception is different from the other NATO countries, Turkey’s stance against IS has been different. He added, as IS is fighting against the Kurds, Turkey overlooks at the issue but the pressure from NATO pushes Turkey to respond to IS threat.

He concluded that the atmosphere in Turkey and the Middle East is not peaceful anymore and the future is not certain.