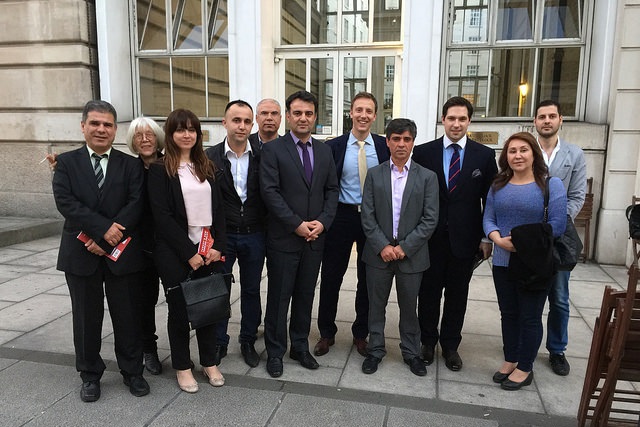 The Centre for Kurdish Progress held an exclusive roundtable discussion with Mr Aaron Stein, an Associate Fellow at RUSI. He is also the nonproliferation program manager at the Center for Economics and Foreign Policy Studies in Istanbul, where he works on security and proliferation issues in the Middle East.

He is currently a PhD Candidate at King’s College London researching Iranian and Turkish nuclear decision-making. He holds a B.A. in Political Science from the University of San Francisco and an M.A. in International Policy Studies with a specialization in Nuclear Nonproliferation from the Monterey Institute of International Studies.

He has written extensively on Turkish politics and regional proliferation, publishing in scholarly journals and print media, including Foreign Policy, The Bulletin of Atomic Scientists, the National Interest, and World Politics Review.

The discussion was about Turkey, the role of the Kurds and prospects for peace as well as developments in Syria and Iraq. The participants were representatives of all Kurdish political parties and academics.