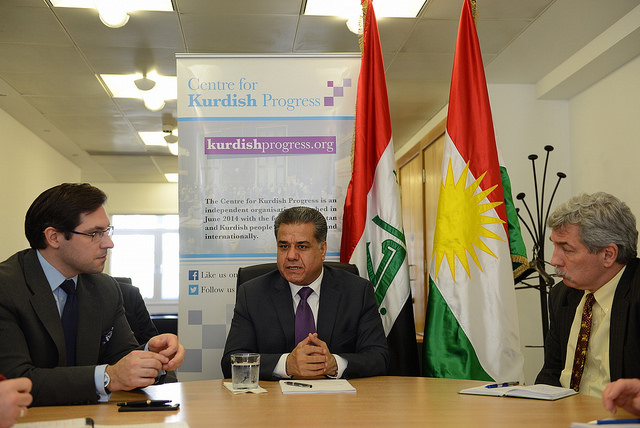 Minister Falah Mustafa Bakir was appointed as the first Head of the Kurdistan Regional Government (KRG) Department of Foreign Relations in September 2006, tasked with administering KRG foreign policy and bolstering the Region’s relations with the international community for the government’s fifth cabinet. He was reappointed as the Head of the Department in each successive cabinet, including most recently the eighth cabinet in June 2014. Minister Bakir’s vision, dedication, and passion to serve the people and the government of Kurdistan have paved the way for a successful Department and rapidly expanding relations between the KRG and foreign governments.

This exclusive roundtable discussion was chaired by Mr Michael Stephens of Royal United Services Institute (RUSI). Academics and diplomats were among the guests. The discussion was held under Chatham House rules.

Minister Bakir analysed the dynamics in the region and discussed Kurdistan Regional Government's (KRG) achievements, policies and future steps into stability in the region.