Public Forum ‘From 2003 Invasion of Iraq to Post-IS Iraq’ 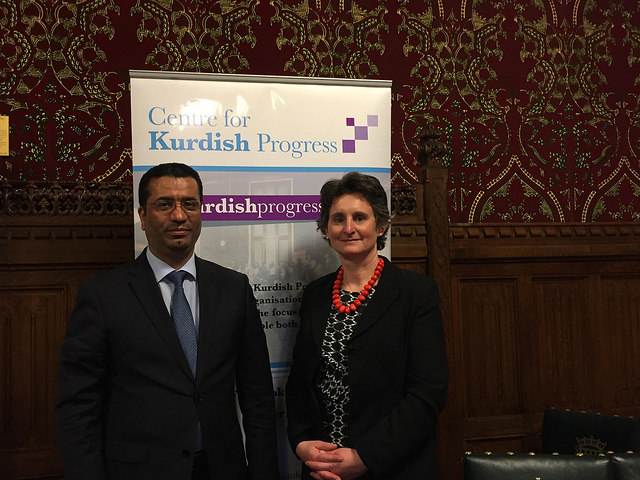 Mrs Drummond opened her speech expressing hope that Mosul would soon be liberated from Daesh by Iraqi forces and Peshmerga.

Photos of the eventDr Salih Husain Ali began his speech discussing the Mosul campaign and mentioning that Iraqi Prime Minister Haidar al-Abadi had stated that the liberation of Mosul was in its closing phases as Iraqi troops, Peshmerga and others are closing in on the Western side of the city. He mentioned that there had been thousands of Iraqi casualties between 2014-2016, and that many old churches, mosques and shrines had been destroyed and that mines and IEDs left by fleeing Daesh forces have meant that it will be unlikely that residents will be able to return to their homes quickly.He also added however that around 95% of internally displaced Iraqis had been returned to their homes as of Spring 2016 in Tikrit, and that 300,000 people had returned to Anbar by the end of 2016.He added that positive steps taken towards reconciliation already taken around the country can give helpful examples that will assist re-development in Mosul, and added that new committees had been established to oversee this process. He also noted that in the liberated eastern area of Mosul,  up to 70 schools will be re-opened in the next few weeks.He also discussed the role of the international coalition in the supporting Iraq's redevelopment and defeat of Daesh. Dr Ali also stated that beyond a military solution, there were opportunities for British companies to do business in a re-built Iraq. He added that Iraqi-British co-operation would support regional stability in the Middle East.He also continued, stating that Iraq had re-built and re-stabilised before in 2006-2011 with the rise of Al-Qaeda and that the after Daesh, the main aim would be to prevent such groups emerging again.The speech was followed by a question and answer session.

Dr al-Tamimi has a PhD in Computer Engineering and Information Technology and worked firstly as the Chairman of the Local Computer Network Academy and then Head of the Information Technology Department at the University of Technology in Iraq between 2006-2009. After this, he joined the Iraqi Ministry of Foreign Affairs and served as Ambassador to Sudan between 2010-2015 before coming into his present role as Ambassador to the United Kingdom in July 2015. He has published several papers including a Study and a Lecture on the Mesopotamian Civilization and Iraq after 2003 in the quarterly magazine of the Council for International People’s Friendship in 2012. He has also conducted a number of research projects on both scientific and political topics in various Iraqi and other Arabic publications.