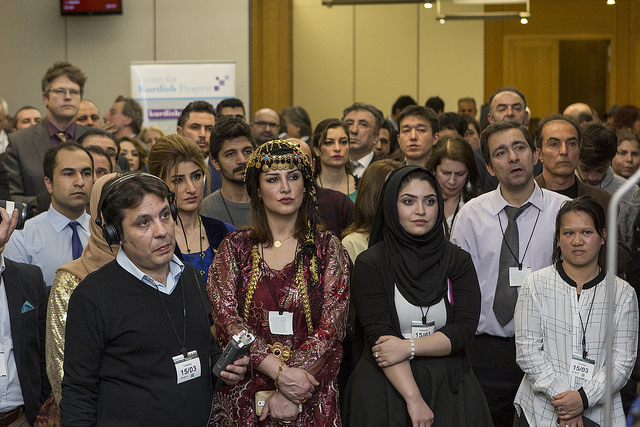 2016 Newroz Reception by the Centre for Kurdish Progress welcomed many Kurds from all regions of Kurdistan. British parliamentarians and Kurdish representatives spoke in support of the Kurds. Winners of the second Most Successful Kurds in Britain Awards as part of the Newroz celebrations were announced.

Kurdistan Regional Government (KRG) High Representative to the UK, Karwan Jamal Tahir and People's Democratic Party (HDP) Deputy Chair from Turkey Hisyar Ozsoy and representatives of Kurds from Syria and Iran in support of the Centre for Kurdish Progress' primary aim of bringing all Kurds together honoured the centre by attending the reception.

Kurdish business people including directors of the Association of the Kurdish Employers in Europe (AKEE) Suleyman Cagin and Kemal Has and Kurds of all walks of life living in Britain were present.

The awards ceremony was presented by Hilat Ozcan and Melissa Zerrin.

Winners of the Second Most Successful Kurds in Britain Awards:

Extraordinary Contribution to Kurdish Cause: Sarah Panizzo, founder and trustee of http://www.gulan.org.uk