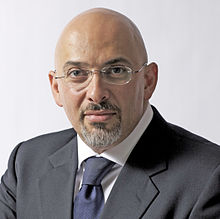 “Since its establishment in 2014, the Centre for Kurdish Progress has achieved much for which it should be proud. The Centre’s work in protecting the interests of Kurdish people and groups has done a lot to raise the public profile and discussion of Kurdish issues.

This is a stark contrast from the not so distant past when the world’s 40 Million Kurds were forgotten, ignored by national boundaries, and their cultural aspirations suppressed by numerous governments.

Today, though the Middle East looks bleak, the Kurds have taken control of their own futures and remain at the forefront of the struggle with Daesh in Syria and Iraq, setting an example to all their neighbours.

These developments have defied all expectations, including my own as someone whose family fled from Iraq in the 1970s during the ascendancy of Saddam Hussein’s brutal regime.

The Centre for Kurdish Progress has done wonderful work in showing these achievements to British officials and the general public.”