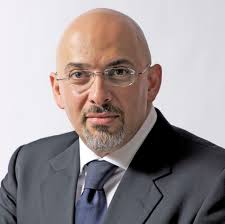 “Kurdish Progress have much to be proud of. Their work, and that of others like them, in looking out for the interests of Kurdish people has raised the profile of the Kurdish story. We can never forget just how recently the story was very different. Across the world for much of the last hundred years, Kurds have been a forgotten people. Forty million forgotten people. When the maps were redrawn, borders left no room for the Kurds. They were blotted from the map. If maps were the whole story, their final chapter would have been written.

But we know maps lie. Today, even as events in the region get darker, Daesh cling on and war rages, the future of the Kurds is bright. When my family fled Iraq in the 1970s just as Saddam Hussein rose to power to inflict his brutal totalitarian rule on the country, I would have never believed that the Kurds could get here.

The wars in Syria and Iraq, and the breakthrough of the Peoples' Democratic Party in Turkish elections have brought the Kurdish issue to global prominence and the world is backing the Kurds. The Kurds have a unique appeal. This is because they are unique in the Middle East with their social democracy, natural commitment to gender equality and pluralism. Because of this, people are discussing the issue like never before. The Kurds have succeeded with our goal of creating the space for discussion after decades of stifling politics.

As the world learns more about the region they learn more about an issue that history, oppressive borders and governments have hidden and tried to smother. They see a people in Iraq who were abandoned and persecuted by the Government, who came together to form a working democracy and defend their families and homes from foreign invaders. The Kurds set an example to the rest of the Middle East on countering Daesh. They see a people in Syria who stand up for democracy against terrorism and tyrants, in Turkey they see a people who have renounced terrorism and won seats in elections with brave hopes of a peaceful and prosperous country.

The examples set have given Kurds something to look to and be proud of. There is much more progress to be made, but now, they feel as if anything is possible. I wish the group all the best and further success in the future.”