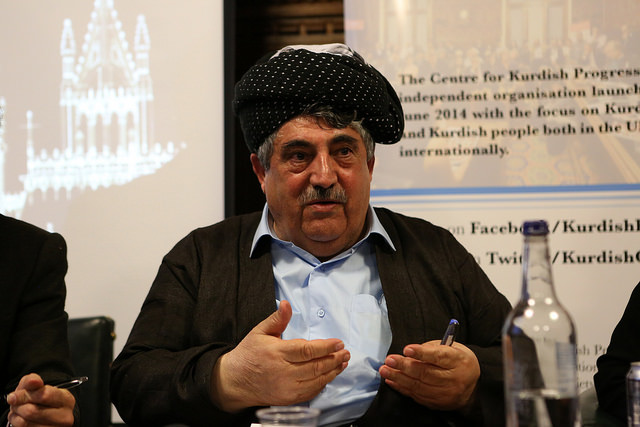 Muhammad Haji Mahmud is a veteran Peshmerga commander and leader of the Kurdish Socialist Party. He is better known by his affectionate name 'Kaka Hama' and has been at the forefront of the Kurdish struggle in Iraq for decades. Kaka Hama took up arms more than 40 years ago against the oppressive regime of the former Iraqi dictator Saddam Hussein.

He has since fought in over 700 battles and has been seriously wounded six times. He played a key role in liberating Iraqi Kurdistan from Saddam Hussein and contributed to the formation of the new Iraqi government after the fall of the Ba’ath regime. After ISIS captured Mosul in the summer of 2014, Kaka Hama started commanding the Peshmerga forces from the Kirkuk front. His son was killed battling ISIS whilst defending this strategic town last year.