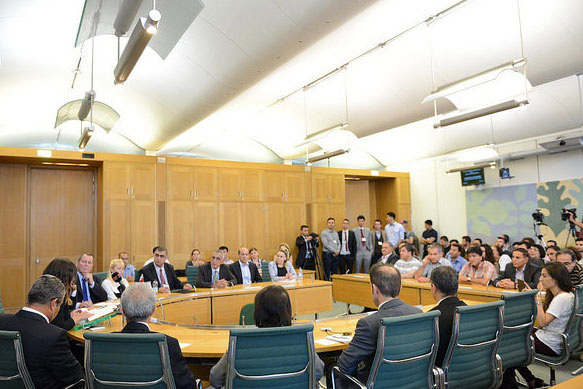 This year marks the 25th anniversary of the assassination of Dr. Abdul Rahman Ghassemlou, KDPI’s Secretary General who was killed in 1989, Vienna, by Iranian envoys with whom he had met to negotiate a peaceful solution for the Kurdish question in Iran. Dr Ghassemlou was a great leader who spent his entire life fighting not only for the freedom and national rights of his people, but also for the ideals of democracy, human rights and justice in general.

We look forward to seeing you on Monday 14th July 2014 between 7-9pm in Committee room 12, House of Commons, Westminster.

Please note that security checks are required to enter the House of Commons, so we kindly ask you to arrive at 6:30pm, allowing the event to start and end promptly on time.

The Centre for Kurdish Progress event is kindly hosted by Keith Vaz MP.