Kurdish Progress Public Forum: ‘The Resolution Process and the Kurdish issue of Turkey’ with Rusen Cakir, Journalist and Author 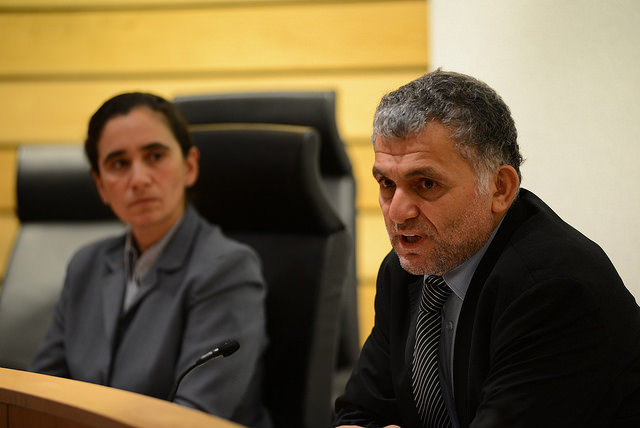 The London based Centre for Kurdish Progress organised a debate on the Resolution Process and the Kurdish issue of Turkey.

Dr Katerina Dalacoura of the London School of Economics and Political Science kindly chaired the event.

Please see Rusen Cakir’s full speech below:
“What is happening today in Kobane between the Kurdish fighters and Islamic State (ISIS)? It is a very good idea to organise this event as I am currently working on this issue and have written more than 20 articles on this matter. However, I am still trying to understand what is really happening and to share this understanding with my followers and readers. Today, I will be discussing observations and ideas surrounding this context.

In Turkey, we have wasted so many years ignoring the Kurdish reality and then at the 1991 election, Suleyman Demirel who was the leader of the centre right-wing, declared that he recognised the Kurdish reality and that the Turkish state would behave according to the recognition of Kurdish reality. The Turkish state spent many years trying to find a solution for the Kurdish question without the contribution of the PKK, but with the support of the Kurdish people. They dreamt that they could separate the Kurdish people from the PKK, especially after the capture and imprisonment of Abdullah Ocalan. However, it seemed possible for Turkey to transform this dream to reality. The Kurdish political movement lived their best days with Ocalan in jail and he led the movement from inside, transforming the movement into one of the major forces of not just Turkey, but of the Middle East.

There are 3 different interconnected processes which are formed firstly from the resolution process which is under the AKP government, the Oslo process and lastly, the peace process.
However, the heart of this process is accepting the reality of the Kurdish political movement and accepting the PKK as the leader and counterpart.

When I was at Kandil mountain interviewing Cemil Bayik, he named Abdullah Ocalan as chief negotiator of the Kurdish political movement, which is true, he is the chief negotiator. As we have observed that after the Kobani resistance, recognising the Kurdish political reality is not enough because you cannot solve the Kurdish question by giving legitimacy to Abdullah Ocalan as a counterpart of the PKK in Turkey and then ignore his force and existence in Syria or Iraq.

When Ocalan first pronounced this idea, it was understood as a utopia, but now it really is possible for it to be established. Rojava was the first laboratory of the idea of ‘democratic autonomy’, hence it is very precious for the PKK at this moment and is regarded as a threat for the Turkish state. There is no understanding between the PKK and the Turkish state because of Rojava but now the Turkish government is negotiating with the PKK in Turkey. This is the main issue concerning the Kurdish question in not only Turkey but also the Middle East.

As long as the Turkish state insists on not recognising the Kurdistan reality or continue looking at the problem as a regional problem then the resolution for the Kurdish question in Turkey will be impossible. You cannot solve the Kurdish problem by ignoring the reality of Rojava and you cannot cooperate for a resolution between Turkey and the PKK if you are not assisting the people of Kobani for their fight against ISIS.

During the first days of Eid, ISIS made a huge attack on Kobane and there were so many speculations that ISIS were claiming Kobane, however, after this speculation was made in Turkey, we saw demonstrations by the Kurdish political movement which lasted a couple of days and led to the death of 40 people.

This showed that in one day Turkey experienced a catastrophe and the Kurdish political movement could very easily destabilise Turkey. Remembering the Gezi resistance, it was a very important and shocking event for the AKP which lasted for many days and had many different actors involved within the resistance. But during the recent demonstrations, it was mainly the Kurdish political movement that managed to destabilise the country. It is a fact that, if the Kurds is not at peace in Turkey then there will be no peace and in this sense, we have a peace process that firstly does not belong to the state.

The Kurds along with the Kurdish political movement is looking for a solution. However, the official discourse is that ‘they always attack the state, this is a terrorist organisation and that Tayyip Erdogan and other people of the AKP party made a decision and offered a chance to the Kurds for peace’. This is not true. Both sides including the Kurdish political movement and the Turkish state have to work together for this process. However, when I compare them alongside each other, I see that the state is much more obliged to this peace process than the Kurdish political movement. I remember, for example, just after the first democratic overture, when I visited the politicised regions of south east Sirnak and Kiziltepe as a journalist, we discussed solutions in regards to the peace process with the Kurdish people who were very happy about it.

The political Kurdish movement and the people prefer not to fight, but when you look at their history, fighting is a destiny for them. They can live with their destiny, however, the Turkish state and the whole of the Turkish society cannot afford the conflict for any longer.

We have had two very important moments in the last two years, the first was of the Gezi resistance and the second was the investigation of corruption and bribery which was supported and encouraged by the Fethullah Gulen community. These were the two biggest crises for the AKP and Tayyip Erdogan and in the two cases, the Kurdish political movement was not so active.

However, they were active in Gezi, but did not really intervene into the situation and as you can remember the police forces from Diyarbakir were sent to Ankara. This showed that in the Gezi resistance, the Kurdish political movement did not use the crisis as a blackmailing instrument against the state. They were active but not enough as their activity was not corresponding to their forces. The second issue is that when Fethullah Gulen challenged the government with the investigations of bribery last December, Abdullah Ocalan openly took the side of the government and condemned this attack as a coup d’etat. He is against the Gulen community mainly because the CHP main opposition party collaborated with the Gulen movement. Hence the Kurdish political movement took the side of the government because they were negotiating with the government.

The main opposition party, the Republican People’s Party (CHP) are still not offering any other alternative for the resolution of the Kurdish political movement, which clearly shows that the AKP is not the best solution. However, it is a unique alternative for the Kurdish political movement for finding a conciliation. So in both of the cases, we observed that the Kurdish political movement did not exploit the weaknesses of the Turkish government and I refer again to my interview with Cemil Bayik in which he said particularly referring to the investigation in December, ‘we behaved with responsibility, we did not exploit the weakness of this party, if we wished we could have done this’. You can see this, for example, during the whole bribery issue that if the PKK were attacking the army in the mountains it would have been another catastrophe, but they did not do this. They helped the government twice during these difficult times, but the government refused to help this movement in Kobani.

That is the big deception for the Kurdish political movement. It is assured that the government cannot directly and openly help YPG people in Kobani because they are connected to the PKK, however, I believe they could find another way of helping these people (YPG) against ISIS. If they did do this, it would be very helpful for the peace process and the Kurds who have lack of confidence vis-à-vis the state might say that after this assistance in Kobani ‘we are brothers and sisters with Kurds’, but instead they have not helped. So many non-Kurdish groups appreciated ISIS during the fight against the PKK and they see ISIS as a revenger of their feud (their blood feud with the PKK). I think that here ISIS in general are of a very important strategical intelligence and I also think that while attacking the PKK, they are also investing in the feelings of some Turkish people who they want to win the hearts and minds of while attacking the PKK. So as you can see so many people, including secular minded people who dislike the PKK applause ISIS.”