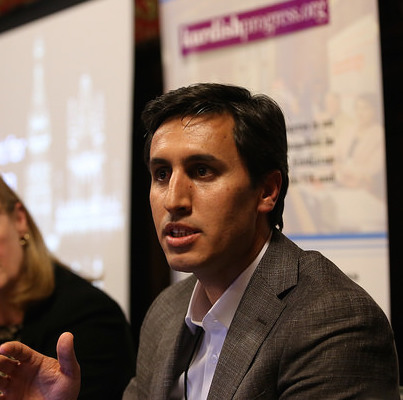 Kamuran Yuksek is co-chair of the Democratic Regions Party (DBP). He studied electronic communications at Ankara University from 1997 to 2000, but dropped out to join the Kurdish political movement. He was elected to be a young leader of the People’s Democracy Party (HADEP) youth branch between 1998-2000.  He worked for HADEP between 2000-2003. After HADEP was closed and banned, the Democratic People’s Party (DEHAP) was established and Yuksek was elected to be youth leader of DEHAP between 2003-2005. After closure of all Kurdish political parties he was elected to be a member of Party Assembly of the Democratic Society Party (DTP) which was the new Pro-Kurdish Party. In 2007 he was elected for DTP’s Central Board of Directors. He served as Deputy Chair of the DTP until when he was arrested in 2009 due to political activities.

He was imprisoned from 14 April 2009 to 14 April 2014 due to political struggle for democracy and Kurdish rights in Turkey. When Yuksek was in prison the DTP was closed down and banned in Turkey. After his release from jail he was elected to be leader of the Peace and Democracy Party (BDP) and the BDP re-structured itself and changed its name to Democratic Regions Party (DBP).