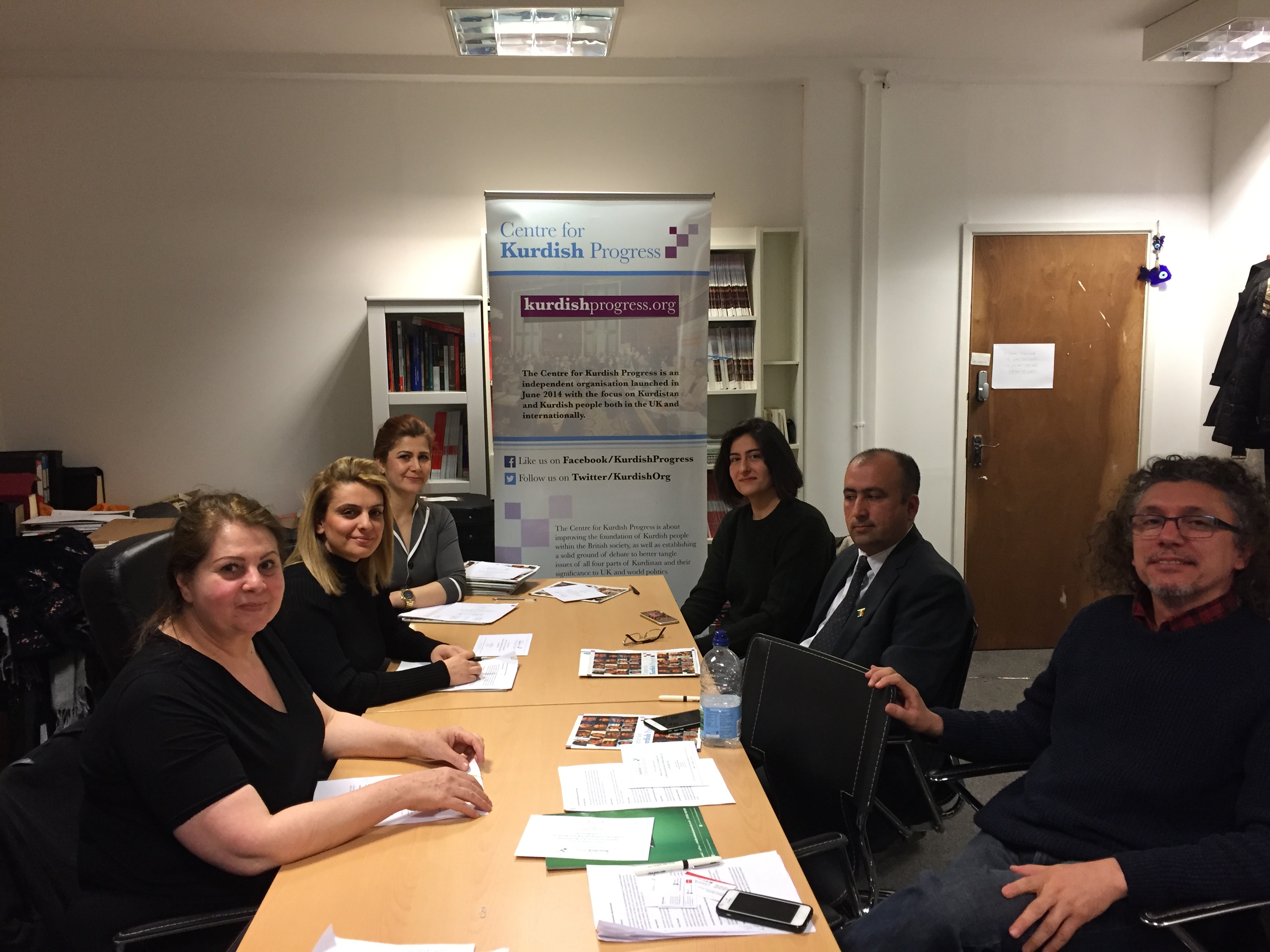 The 3rd Most Successful Kurds in Britain Awards 2017 organised by the Centre for Kurdish Progress will take place at the Newroz Reception on 15 March 2017.

Diana Nammi is a campaigner from Kurdistan-Iran. She opposed the Islamic Republic of Iran which imposes Sharia law on Iranian people and violates the rights of women and children. Diana led many campaigns fighting for justice in a society based on human rights, freedom and equality. She spent 12 years on the frontline as a Peshmerga (Kurdish freedom fighter) but eventually her activism in Kurdistan Iran and neighboring countries resulted in her facing persecution, which forced her to flee. She now lives in the UK.

In 2002 Diana established the Iranian and Kurdish Women’s Rights Organisation (IKWRO), a UK registered charity which provides advice and support to Iranian, Kurdish, Arab, Turkish and Afghan women who are affected by “honour” killing and ‘honour’ based violence, forced marriage, FGM and domestic violence.

Diana has set up “stop honour killings” campaign and in 2003 she founded the International Campaign against Honour Killingswhich successfully managed to take world attention to “honour” based violence as a form of violence against women mainly. IKWRO has become a leading organisation for many campaigns in the UK and internationally including campaign against “honour” killings.

In 2011, Diana established the True Honour Award, an annual award ceremony, in memory of all victims of ‘honour’ killings and in recognition of outstanding work of individual and organisations who prevent ‘honour’ based violence, protect victims and bring perpetrators to justice.

Diana’s work has received national and international recognition. She has become a very well-known public speaker on violence against women and in particular “honour” Based Violence, forced marriage, child marriage and FGM and been interviewed by national and international media . She is regularly asked to deliver training for professionals and to give presentations at conferences and meetings. Her organisation, IKWRO won the ‘Rising Star award’ by the Lilith Project (Eaves Housing) for the Best New Voluntary Sector Organisation in 2006. Diana Nammi’s unremitting work was alsorecognized by Eve magazine who awarded her the Eve honour in December 2007. In 2012 Diana Nammi has been named on a list of150 women who shake the world by Newsweek and The Daily Beast in “Women in the World Summit” - to honour women activists and the growing network of powerful women who support their efforts. In 2014, Diana received the Special Women on the Move Award by UNHCR, The Forum and Migrant Rights Network. She was then honoured with the UK’s Woman of the Year Award and also named as 100 women of the year by BBC World Service.

Shie is originally from Southern Kurdistan. Her family fled to london when She was 9 years old, due to the political unrest in Kurdistan. Shie has had first hand experience of war and conflict.

Since the age of 18 years, Shie has worked with many Kurdish charities such as the KDO and KEA that were set up to assist Kurdish Asylum seekers and refugees.

Shie has completed the LLB, the LPC and attained her Masters degree in law from London; she is a poet performing throughout London and writes about the harsh realities Kurdish women face in exile and in Kurdistan, such as, FGM, rape, torture in prison.

Diman is a Service Coordinator at Renaisi as a bilingual advisor for school and community department. She has been actively participating in community work and has been involved in projects for Kurdish community in the UK. She has taught Kurdish to Kurdish children at several schools in London. She volunteered for the Kurdish Film Festival for a year and she was involved in organising a screening for Anfal and Halabja at BAFTA. She is originally from Sulaimaniyah, Kurdistan Region, Iraq.

Councillor Ozbek became the Mayor of Haringey for the municipal year 2016-17 when he took over the chains of office from Councillor Jennifer Mann at the annual meeting of the council on 16 May 2016. A pharmacist by trade, Cllr Ozbek was born in north east Turkey and becomes our first Kurdish Alevi Mayor.

Foad Jamal Salam was born in 1974 Kurdistan region of Iraq. He moved to the UK in 2002. He has been very active in helping the Kurdish Community in the UK and has been involved in supporting the Kurds in other parts of Kurdistan. He has been a Member of National Assembly (Gorran Movement) since 2013 and was Head of UK Council (Gorran Movement) between 2012 and 2015. He was Chairman of Portsmouth Kurdish Community Association (PKCA) between 2005 and 2010.

Goran Baba Ali is a writer, freelance journalist, film editor, media trainer and artist, originally from Iraqi Kurdistan who has lived in Amsterdam since 1997. He studied sociology at the University of Amsterdam. He has been writing columns and reports for Dutch and Kurdish media and spent five years as the editor-in-chief of the online Dutch/English magazine, ex Ponto. Goran has moved to London in 2013, where he spends most of his time on writing. His first novel "The man who was a tree" was published in Kurdish by Afsana Press in 2011.