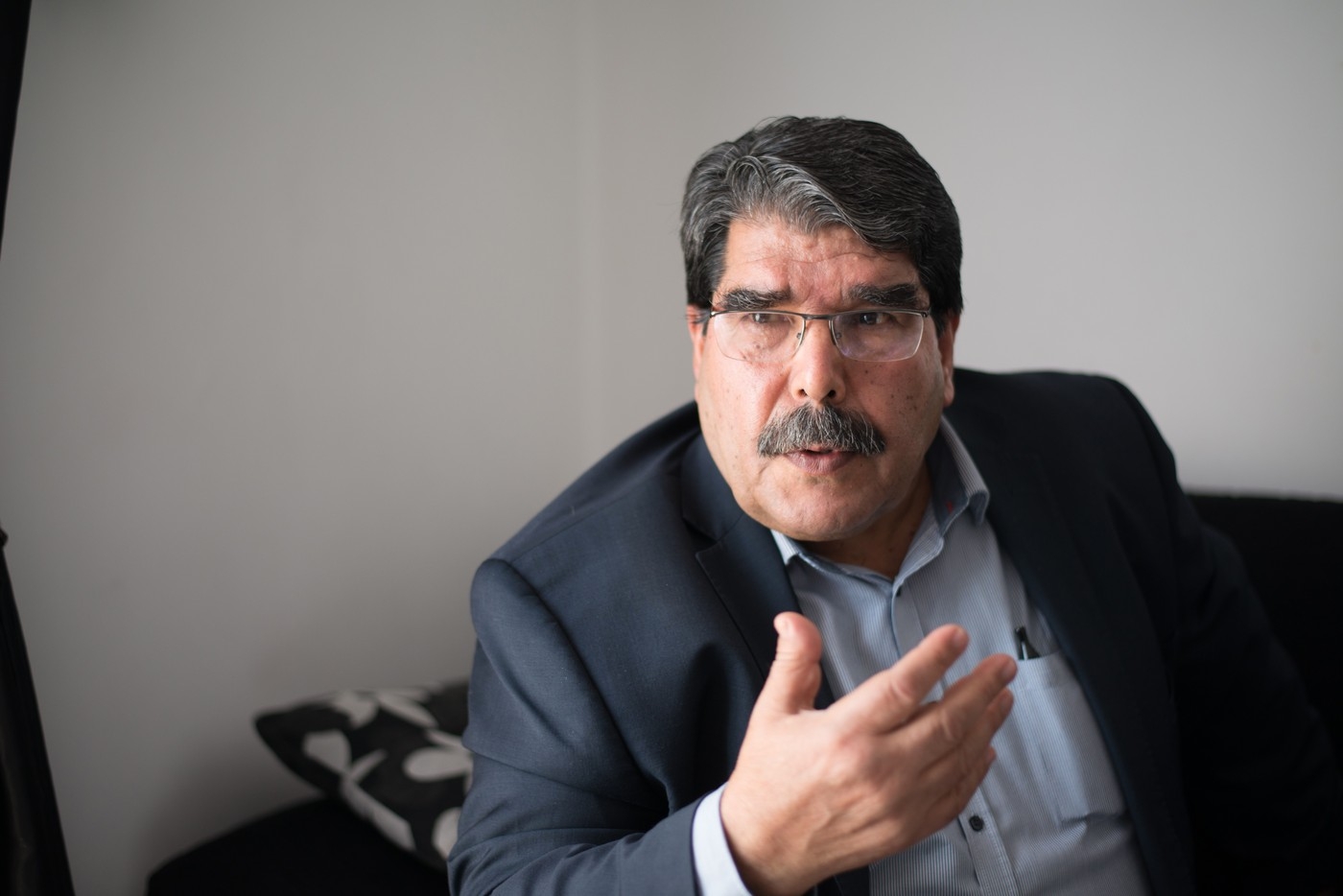 Kurdish Progress: What do you see for the future of Turkey-PYD relations?

Salih Muslim: We would like to have good relations with Turkey. We have no problem with the Turkish people. It is the AKP that has a problem with us. The AKP has a problem with all the Kurds, including their own. They are trying to destroy them. The AKP's actions are creating tension. This does not help relations. The PYD has never been a threat to Turkey. The PYD only wants to establish rights in Syria. We do not understand why the AKP is so brutal.

Kurdish Progress: What do you make of the arrests of HDP parliamentarians?

SH: This does not help democracy or lead to people being able to live peacefully together. By doing this, they are excluding six million people from politics. This is not acceptable and not good for democracy.

Kurdish Progress: What is the PYD's plans for Raqqa after it is liberated?

SH: We do not decide what will happen, the majority will decide. Raqqians themselves will decide. Like in Manbij, we did not tell people what to do, we left it up to the majority to decide their future. The important thing is to dismantle Daesh because they are a threat to us living peacefully, after that it is up to the people.

Kurdish Progress: Do you expect PYD-US relations to change under Donald Trump's presidency?

SH: The US is a stable structure. One person cannot change so much. Perhaps they will be sharper. Their strategy won't change. They have a firm strategy against Daesh, against terrorism, this we agree on.

Kurdish Progress: How are relations between the PYD and Russia?

SH: We have a relationship with them, in that we talk, we exchange views, but no more than that. Russia should do something about Turkey's invasion of Syria. Russia is supposed to be protecting Syria's territory. Russia should not stay silent.

Kurdish Progress: How do you envisage Rojava in five years time? Will it be part of Syria?

SH: We want to see Rojava be part of a democratic federation of Syria. In five years, we probably won't be fully there but we may have made steps in that direction.

Kurdish Progress: What do you think of the arrest warrant issued for you by Turkey? Are you nervous?

SH: The warrant was issued because Turkey is nervous about the fighting in Raqqa. There was no due process, no democracy. The 'Sultan' [Erdogan] just gives his orders. No one will take this seriously.

Kurdish Progress: Iran-friendly Popular Mobilization Units are active in the assault on Mosul near the Iraqi-Syrian border. Are you concerned about increased Iranian presence in eastern Syria?

SH: I am not particularly concerned by this. Iran supports the regime and they will continue to do so, whether in the East or elsewhere.

Kurdish Progress: Do you think the arrest warrant issued for you will affect your relations with the UK?

SH: I don't think so. After all, I am not a Turkish citizen. The UK knows who we are, knows we are defending the people in Syria. They know what this is about and Turkey knows this too.

Kurdish Progress: Do you maintain that there is no connection between the PYD and the PKK?

SH: There is no connection. We respect them, they are a brother party. But it is like our relation with the PUK and other groups. No more than that.