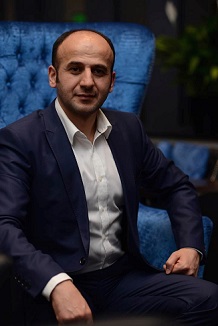 Haco Cheko was born in 1978 in Turkey. He studied German Literature at Dicle University in Diyarbakir, In 1999 Cheko migrated to the UK. Between 2003-2008 he completed diploma courses on Film and Media in various College & Universities in London. Life within life (2002), Rawestgah-The stop(2005), A promise a wedding(2006), People of exiles(2007) are the some of his film projects that he has directed. Haco Cheko’s first feature film project Li Vir “No(w)here” (2012) was selected by various international film festivals and won best social content film award in Amed international film festival.