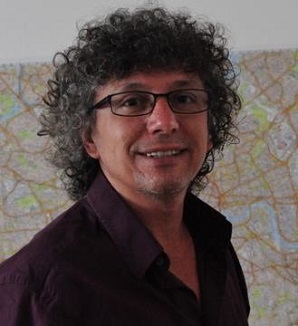 Goran Baba Ali is a writer, freelance journalist, film and sound editor, media trainer and artist, originally from Iraqi Kurdistan who has lived in Amsterdam since 1997. He studied sociology at the University of Amsterdam. He has been writing columns and reports for Dutch and Kurdish media and spent five years as the editor-in-chief of the online Dutch/English magazine, ex Ponto. Goran has moved to London in 2013, where he spends most of his time on writing. His first novel The man who was a tree has been translated into English; currently under publication. The book was published in Kurdish by Afsana Press in 2011.