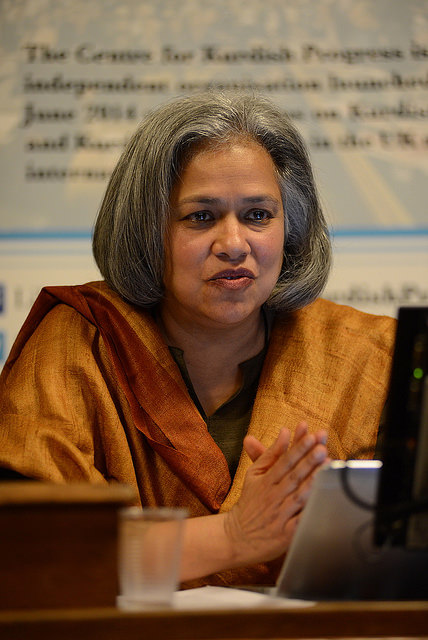 Gita Sahgal is a writer, journalist, film-maker and rights activist. She is currently Founder and Director of Centre for Secular Space. She was formerly Head of the Gender Unit at Amnesty International; she was suspended in 2010 after she was quoted criticizing Amnesty for its high-profile associations with the Islamist Moazzam Begg, the director of a campaign group called Cage Prisoners.