From Gezi to Kobane: Recent developments in Turkey and the Media 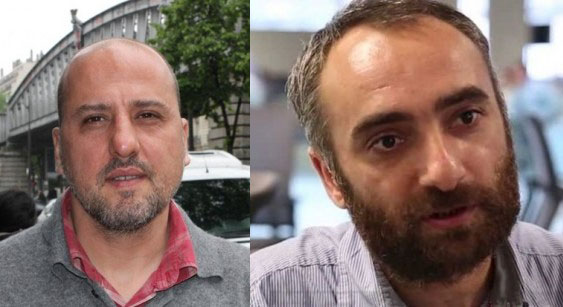 The Centre for Kurdish Progress and the Centre for Turkey Studies (CEFTUS) in partnership with Turkish and Kurdish Community Centre (DAYMER) cordially invite you to the public forum ‘From Gezi to Kobane: Recent developments in Turkey and the Media’ with the investigative journalists Mr Ahmet Şık and Mr Ismail Saymaz.

Please note: This event will solely be in Turkish.

Over the past few weeks, the city of Kobane on the border of Syria and Turkey have passed from relative obscurity to being thrust into the spotlight of the world press as the ‘Kurdish Stalingrad’, thus described for its importance and resistance in the struggle against the Islamic State (IS). Despite having taken in a large number of refugees escaping from the war-ridden city, Turkey has received a large amount of criticism from the international community because of its approach to the events surrounding Kobane. For many around the world, the sight of Turkey’s tanks immobile on the border with Syria is tantamount to supporting IS. Turkey’s recent actions, however, have seemingly discredited these theories: by allowing the entry of Peshmerga forces through the Turkish border, Turkey is clearly showing that the fall of Kobane to IS hands is not in their interest.

On the other hand, the crisis in Kobane have led to protests in southeastern cities of Turkey and major cities in the west including Istanbul. 6-7 October 2014 protests that left 40 deaths behind due to clashes with security forces and involvement of masked gunmen almost put the peace process on hold. Experienced journalists Şık and Saymaz will analyse the unrest among people of  Turkey from last year’s nationwide Gezi protests through to the recent Kobane protests. They will elaborate on what the significance of Kobane is for the Kurds as well as public opinion regarding the protests.

Please note: This event will solely be in Turkish.

We look forward to welcoming you to this joint public forum.

The Centre for Kurdish Progress

Mr Ahmet Şık is a Turkish investigative journalist, author of several books, and a trade unionist. His book ‘The Imam’s Army’, investigating the controversial Gülen movement of the Islamic preacher Fethullah Gülen, led to his detention for a year in 2011–2012 and the book being seized and banned. He remains under indictment in the OdaTV case of the Ergenekon trials; his cause has been taken up by English PEN, an association of writers fighting for freedom of expression.

Mr Ismail Saymaz is a Turkish investigative journalist for daily Radikal (since May 2002). He has published articles and books on the Turkish deep state and Ergenekon, including a 2011 book on links between the 2007 Zirve Publishing House massacre and the 2006 killing of Andrea Santoro, and another 2011 book on former police chief Hanefi Avcı. He has won a number of awards for his work. Saymaz is one of a number of journalists charged in relation to reporting on the Ergenekon trials for “violating the secrecy of an investigation”.