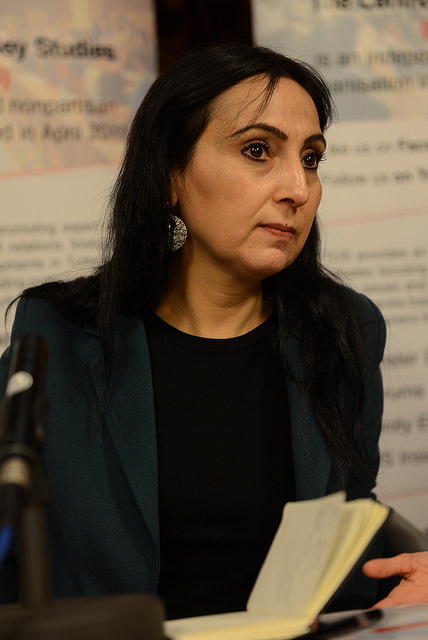 Figen Yüksekdag is former Co-Leader of the People's Democratic Party (HDP). was born in Adana, Turkey, into an ethnically Turkish family. She is often assumed to be Kurdish or Alevi, however her family are Sunni Turks. She was an independent parliamentary candidate for the Adana electoral district in the 2002 general election. She was involved in women’s rights movements for several years before becoming the editor of the Socialist Woman magazine. While serving on the board of the Atılım newspaper, she was taken into custody in 2009 due to her political activity.

She co- founded the Socialist Party of the Oppressed (ESP) shortly after in 2010 and resigned as leader in 2014 to join the HDP, with which the ESP merged later the same year. During the second ordinary congress of the HDP, she was elected the co-chair of the HDP.