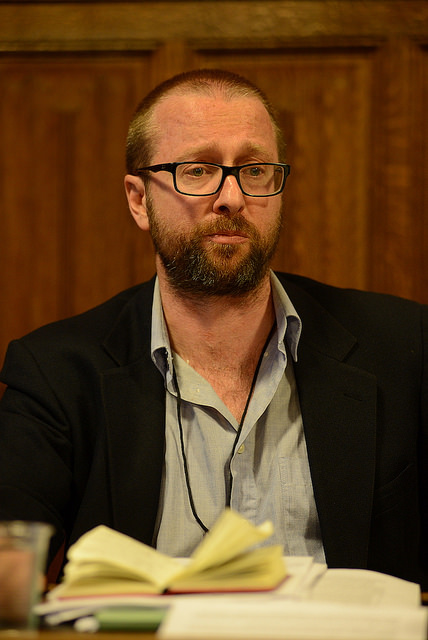 Thomas Jeffrey Miley is Lecturer of Political Sociology in the Department of Sociology at Cambridge. He received his B.A. from U.C.L.A. (1995) and his PhD. from Yale University (2004). He has lectured at Yale University, Wesleyan University, and Saint Louis University (Madrid); and he has been a Garcia-Pelayo Research Fellow at the Center for Political and Constitutional Studies in Madrid. His research interests include comparative nationalisms, language politics, the politics of migration, religion and politics, regime types, and democratic theory. His publications include: “Democratic Representation and the National Question in Catalan and Basque Politics” (International Journal of Politics, Culture, and Society, October 2013);. “Blocked Articulation and Nationalist Hegemony in Catalonia” Regional and Federal Studies, Volume 23, Issue 1 (2013): 7-26; “'Linguistic Immersion' and Political Conflict in Contemporary Catalonia,” European Journal of Language Policy, Number 1 (Spring 2013) (with Roberto Garvía); “Franquism as Authoritarianism: Juan Linz and his Critics," Politics, Religion and Ideology, Volume 12, Issue 1, No. 1, 27-50, March 2011; “The Constitution and the Politics of National Identity in Contemporary Spain,” Nations and Nationalisms Vol. 16, Issue 1: 6-30 (2010) (with Enric Martínez); “Analyzing the Dynamics of Assimilation in Nationalist Contexts: Is There Really More Assimilation in Catalonia than in the Basque Country?,” European Journal of Political Research, 47: 710-736 (2008) (with Luis de la Calle); “Against the Thesis of the Civic Nation: The Case of Catalonia in Contemporary Spain,” Nationalism and Ethnic Politics 13 (1): 1-37 (January-March 2007); and Nacionalismo y política lingüística: El caso de Cataluña (Madrid: Centro de Estudios Políticos y Constitucionales, 2006). He is co-editor with José Ramón Montero of the Obras escogidas de Juan J. Linz (7 volumes) (Centro de Estudios Políticos y Constitucionales, 2008-2013).