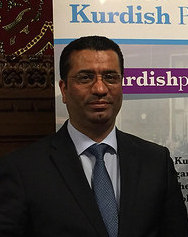 After this, he joined the Iraqi Ministry of Foreign Affairs and served as Ambassador to Sudan between 2010-2015 before coming into his present role as Ambassador to the United Kingdom in July 2015.

He has published several papers including a Study and a Lecture on the Mesopotamian Civilization and Iraq after 2003 in the quarterly magazine of the Council for International People’s Friendship in 2012. He has also conducted a number of research projects on both scientific and political topics in various Iraqi and other Arabic publications.