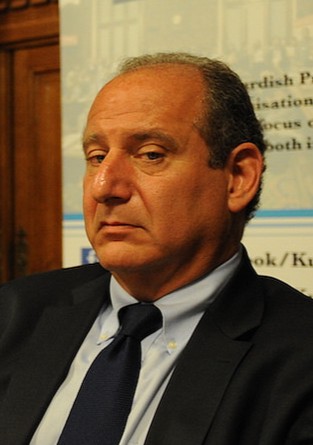 Dr David L. Phillips is Director of the Program on Peace-building and Rights at Columbia University’s Institute for the Study of Human Rights.

Phillips has worked as a Senior Adviser to the United Nations Secretariat and as a Foreign Affairs Expert and Senior Adviser to the U.S. Department of State. He has held positions at academic institutions as Executive Director of Columbia University’s International Conflict Resolution Program, Director of American University’s Program on Conflict Prevention and Peace-building, Visiting Scholar at Harvard University’s Center for Middle East Studies, Professor at the Diplomatic Academy of Vienna, and as Adjunct Associate Professor at New York University’s Department of Politics. He has worked at think-tanks as Deputy Director of the Center for Preventive Action at the Council on Foreign Relations, Senior Fellow at the Preventive Diplomacy Program of the Center for Strategic and International Studies, Senior Fellow at the Atlantic Council of the United States, and Project Director at the International Peace Research Institute of Oslo. Phillips has also been a foundation executive serving as President of the Congressional Human Rights Foundation, Executive Director of the Elie Wiesel Foundation and the Nobel Laureates Initiative, and as Director of the European Centre for Common Ground. He is author of many books including The Kurdish Spring: A New Map of the Middle East, policy reports, as well as more than 100 articles in leading publications such as theNew York Times, Wall Street Journal, Financial Times, International Herald Tribune, and Foreign Affairs.