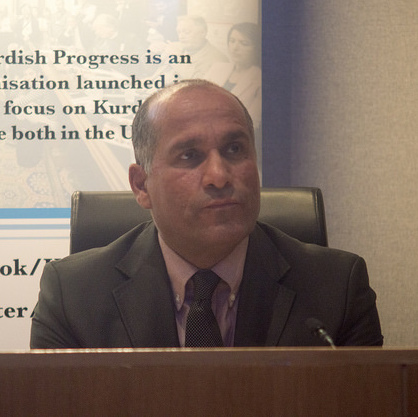 Mohammed is passionate about politics and serving others. In his home country of Iraq he was a lawyer and journalist, but had to abandon those careers to seek refuge in the UK. Having seen war has helped Mohammed to understand and value the real meaning of peace. He and his family have suffered severe poverty, so they truly understand and value the lives they now have in London.

Mohammed received his British citizenship at a ceremony at Kensington Town Hall. Mohammed is a freelance interpreter, working in Arabic, Kurdish and English. He also helps the Kurdish community and works with an Iraqi organisation for war veterans, assisting with their meetings and fundraising. He has also volunteered at the ClementJames Centre in Notting Dale.

Mohammed was elected for St Helen’s ward in 2014 and now serves on the Families and Children’s scrutiny committee and the Planning Committee.