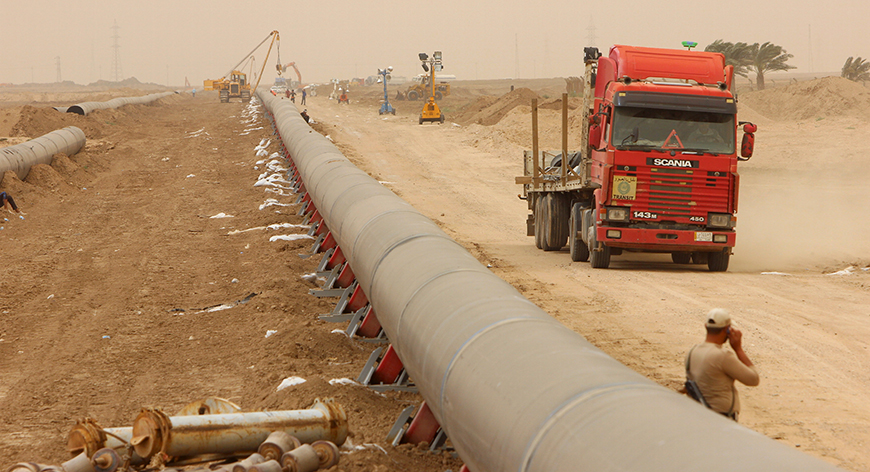 The prospect of an Iran-KRG pipeline deal

Erbil is still to confirm a deal to build a pipeline to Iran to export oil, which could allow it more flexibility in negotiations with its neighbours.

Tehran is reportedly still waiting for action from Erbil on a tentative deal to build a pipeline to Iran to export Kurdish oil. The KRG and Iran have been inching closer to such a deal for several years, which would allow the KRG to eventually break its dependence on Turkey as an export route. A deal has reportedly been ready since April of this year, seemingly requiring only KRG approval to go ahead.

The KRG’s Kurdistan Democratic Party (KDP), the largest party in government, which has enjoyed good relations with Turkey in recent years, has been engaged in a delicate balancing act. The KDP does not want to upset Turkey by showing support for aspirations of Kurds in Syria and Turkey. However, it cannot ignore its own population’s sympathy for these very same.

Moreover, Iran and Turkey are increasingly clashing over the progress of their proxies in Iraq and Syria. Tehran may wish to deny Turkey certainty that it has KRG support in these theatres. Thus far, however, keeping Ankara happy has been the KDP’s priority, on both counts, largely due to the KRG’s dependence on Turkey as an export route for oil. This could slowly change with a deal to export oil via Iran.

The deal could also slowly improve Erbil-Baghdad relations. Tehran has said it would not move forward with this plan without Baghdad’s acceptance, although Baghdad is reportedly not opposed. Despite robust military coordination between Baghdad and Erbil in the assault on Mosul and talk of an initiative to tackle the ongoing oil dispute, relations between the KRG and the central government show no signs of becoming more harmonious in the near future. Closer ties between Erbil and Tehran could help in this, given the support Iraq receives from Iran. The recent OPEC agreement to cut supply will likely be a boost to Iraq’s oil revenues, easing the cogs of any negotiations.

Turkey may be exerting pressure to slow the deal. A gas deal is reportedly under discussion between Turkey and Iran, the completion of which might see a softening on Turkey’s part towards a KRG-Iran deal. Turkey’s main concern regarding the KRG-Iran deal will be the impact on its influence over the KRG, not over oil flows as such. Turkey wants to become the gatekeeper for European oil and gas; Iran represents no challenge to it in this respect.

Even if a deal was to go ahead, it would be several years before the pipeline is constructed and the KRG could begin to change its calculations vis-à-vis Turkey. Moreover, Iran is also dealing with its own Kurdish insurgency. Tehran has expressed concern over Iranian Kurdish fighters supporting the Peshmerga and has also recently, again, bombarded areas in its Kurdish north west near its border with the KRG. If the KRG was to pivot towards Iran, it would be faced with a similar set of calculations and compromises it currently has to deal with.