Briefing on the future of the DFSNS after Astana 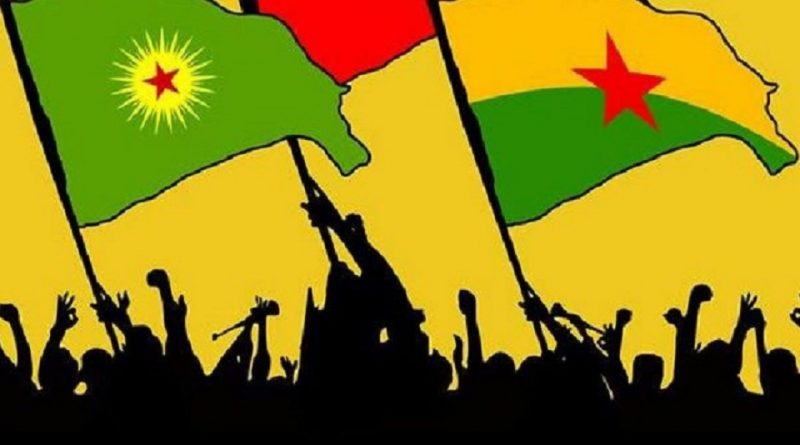 The fate of Rojava/ the DFSNS following the Astana talks

As the Syria conflict changes form following the Astana talks, the PYD and the DFSNS will be coming under pressure from different sides.

The Kurdish-led initiative in north eastern Syria to establish a parallel government has enjoyed success since Syrian government forces’ withdrawal near the beginning of the Syrian conflict. Since then the majority- Kurdish People’s Protection Units (YPG) forces, forming the largest outfit in the umbrella group, the Syrian Democratic Forces (SDF), have expanded the territory of the self-declared autonomous region, pushing back Islamic State (IS). An uneasy peace has existed between the regime in Damascus and the region, initially calling itself Rojava, recently changing its name to the Democratic Federal System of Northern Syria (DFSNS), ruled by the Democratic Union Party (PYD). The regime in Damascus has never fully acknowledged the DFSNS, even while respecting the boundaries of its territory. As long as the regime is engaged elsewhere in fighting rebels seeking to take over the whole country, it will likely continue to maintain this peace. However, the regime has expressed its intention to eventually re-establish control over the entirety of the country.

On top of this, Turkey, with forces firmly within Syria, considers the YPG and the PYD to be terrorist organisations and seeks to weaken or destroy them. Turkey sees the establishment of the DFSNS along its border, which holds sympathies to the Kurdistan Workers’ Party (PKK), which Turkey is fighting domestically, as a serious threat. Turkey is currently bogged down in fighting IS near al-Bab in northern Syria. Ankara has said Turkish forces will turn to Menbij, controlled by the SDF, after al-Bab. An assault by Turkish forces on Menbij could mark the start of a concerted effort to eliminate the YPG and the PYD. The extent to which Turkey would pursue this would depend on how successful its forces are in the field against the YPG and the SDF, and how long its population will support its army’s presence in Syria. This will be influenced by Turkey’s turbulent domestic politics, including whether the government seeks peace with the PKK.

Thus, there are two forces which have as long-term aims the dismantling of the DFSNS in its current form. Turkey would unlikely be so opposed to the DFSNS if it was governed by a pro-Ankara faction. The Syrian regime wishes to control all of Syria. This latter issue is what motivated the recent name change, in an effort to reassure Damascus about the entity’s aims, promoting federalism as a structure for all of Syria. Thus, the DFSNS has demonstrated a certain level of pragmatism and awareness of what its opponents are seeking. Moreover, the Syrian regime resents Turkey’s entry into the country and may even provide support to the SDF to spite Ankara.

Complicating the picture are the interests of Iran, Russia and the US with regard to the PYD. The US relies on and provides extensive support to the SDF in its fight against IS. For every increase in engagement against IS and move to align its actions with the US’ strategic interests, the SDF has acquired an increase in the level of material support and training it receives from the US. Under President Trump, this appears unlikely to change.  Until IS has been removed from its de-facto capital, Raqqa, now the direct focus of the SDF’s campaign, the US will continue to support the group. Once this objective has been fulfilled, the US may end its material support to the SDF, which could make it more vulnerable to Turkey’s armed forces.

Iran,for its part, is interested in preventing Turkey from expanding its sphere of influence too far into Syria and may be willing to use the PYD as a tool in this regard. Consequently, Iran may support the PYD militarily against Turkish forces, a possibility which would increase the likelihood of the Syrian regime, allied to Iran, of doing the same. Finally, Russia has been at most supportive of the Kurdish entity in statements and at the least ambivalent. Despite Russia and Turkey’s recent rapprochement, the PYD mission in Moscow remains opens (closing it was one of Turkey’s demands) and busy.Russia has demonstrated a desire to maintain good ties with the PYD, likely hoping to leverage influence further down the line. While Russia has voiced support for the PYD, it is unclear whether it would commit material or diplomatic support to the group in a time of need.

Following the Astana talks, Iran, Russia and Turkey have developed a mechanism for enforcing cease fires in Syria, and have effectively taken on a burden of responsibility in Syria. This has also given Turkey greater clarity over its limits within the country, allowing it act with less caution. While this means Turkey may be encouraged to push forward with a military approach to its concerns, the changing nature of the conflict in Syria means that alliance-building will take on greater importance in shaping areas of control. Consequently, before too long, the PYD may find it is forced to transition from a military approach to a diplomatic, compromise-orientated one to maintain itself. This shift will likely be seen in a similar form across Syria.