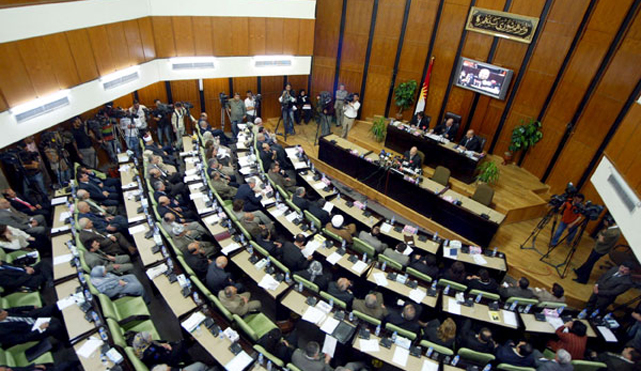 The majority-Kurdish Syrian Democratic Forces (SDF) announced the beginning of an assault on Raqqa, with US backing. Arab militias have expressed anger at Kurdish advances. Washington has reportedly reached a deal with Ankara over the governing of Raqqa after ISIS has been defeated, allaying fears among Arabs of Kurdish domination. The assault on Raqqa will be some time off as the SDF will initially focus on surrounding the city.

The leaders of Turkey’s pro-Kurdish Peoples’ Democratic Party (HDP) remain in prison following their arrest last week. Protests have taken place in Turkey and around the world, although some commentators have expressed surprise at the lack of mass-street protest. The party has withdrawn from parliamentary assemblies and commissions. However, it is likely to work to maintain its popular platform.

The Kurdistan Regional Government of Northern Iraq (KRG) congratulated Donald Trump on his election as President of the United States. The KRG hopes for continued Kurdish-US military cooperation against Islamic State (IS) and more broadly. However, while Trump has expressed a strong desire to defeat IS, some fear that Trump’s non-interventionist tendencies will negatively impact US-KRG cooperation in the long term. Others however are optimistic, believing that a Trump presidency will take a business-like approach to foreign policy and thus find considerable mutual benefit in cooperation with the KRG.

The KRG responded angrily to accusations from Iran that it was arming Kurds in Iran. However, an Iranian Revolutionary Guard commander was sighted in KRG territory last month, paying his respects to a fallen Peshmerga commander, with whom he had fought against IS. Iranian Kurdish groups have been fighting alongside Peshmerga in the assault on Mosul, while Iranian-backed Shia militias push from another front. The assault on Mosul has created unusual alliances, which may not survive the aftermath of the assault.

The National Council of Gorran, or the Change Movement, the largest opposition party in the KRG, is convening this week to discuss whether to withdraw from parliament. Some within the party prefer a complete withdrawal, others suggest withdrawing only from the cabinet but remaining in government in Slemani. In practical terms,Gorran is no longer active within the government.The party has received pressure from the ruling Kurdistan Democratic Party, being blamed for riots in 2014. A warrant for the arrest of the party's leader, Nawshirwan Mustafa, issued in June of this year in the KRG appeared to have been rescinded in August. The future of the party is currently unclear but its alliance with the Patriotic Union of Kurdistan may keep it in nominally involved in government.